The Truth About Convenience

Books and groceries are convenient. People, not so much.

Did you pay for Jeff Bezos’ space ride?

Do you shop at Amazon? How often?

What's the hourly rate of a food delivery worker where you live?

What do you love about convenience?

How do you compensate for your guilt?

When are you inconvenient? Why?

Is there a detour you could take next time, on purpose?

Which inconvenient experiences in your life do you cherish?

Can your work be done by a robot?

Can you picture a convenient birth?

What is your inconvenient truth?

Has suffering (a little) been good for you once? But it’s so convenient

Our desire for less friction and more convenience seems insatiable. In the U.S., the grocery-delivery service Instacart is now valued at U.S. $39 billion. China’s Xingsheng Youxuan raised U.S. $2 billion this year, and in Europe, so-called “dark stores” like Gorillas and Flink are popping up everywhere. Fridge No More, in New York City, promises no delivery fees, no minimum for orders, and no subscriptions—and even claims to hire its couriers as “valued employees,” not gig workers.

Is convenience the pandemic’s silver lining? Maybe not. In China, delivery companies use a point system to dock couriers for missing a time window. A bad review or rating means lost points, and losing too many might cost half a day’s salary. Strikes have increased four-fold in two years, the latest escalating with a rider setting himself on fire to protest unpaid wages. Gorillas, which also boasts that it uses employees instead of gig workers, faced multiple strikes this month over lack of suitable equipment, pay discrepancies, and the termination of certain employees.

Investors are growing nervous, too. GrabFood isn’t profitable. Deliveroo went public in April as “the worst IPO in London’s history” after its shares fell 25 percent on its first day of trading. Foodpanda, owned by the German company Delivery Hero, reported a 250 percent increase in revenues in 2020 but still lost money.

But it’s hard to argue that delivery is a passing fad. The essence of convenience is laziness, and being lazy is humanity’s shared vice. As the CEO of Turkey’s grocery delivery service Getir puts it, “We need to democratize the right to laziness.” Grocery shopping, he says, is a “waste of time to many people.”

Even the experience of shopping in a physical store—when we’re not too lazy to do it!—has radically changed. Chinese retail giant Alibaba now has more than 200 Freshippo locations, where warehouse and storefront are merged: customers can order from home and expect delivery within 30 minutes, or come into the store and scan the barcode on a lobster to learn where it came from. It’s appalling and thrilling at the same time.

Take a shot at the Death Star

The biggest name in delivering convenience, of course, is Amazon. With 185 warehouses worldwide, a market share that accounts for half of all products sold online, and U.S. $21.33 billion in net profits last year alone, it’s tempting to consider the mammoth company a fact of life. How can anyone expect to compete with a website that has 1.3 million employees?

Andy Hunter, CEO and founder of Bookshop.org, announced this month that Bookshop has captured 1 percent of Amazon’s book sales. Created as a platform to support independent bookstores in a market where a whopping 70 percent of all books sold online are sold on Amazon, Bookshop has succeeded rapidly, growing from $50,000 in sales in February 2020 to $150,000 in sales per day just two months later.

The big reason for that growth, of course, was the pandemic, which struck just six weeks after Bookshop’s launch, forcing shuttered local bookstores no choice but to pivot to online sales. But one of the foundations of Bookshop’s success is its convenience. Unlike IndieBound, an earlier website built to support independent bookstores as an alternative to Amazon, books sold on Bookshop ship to customers directly from an Ingram warehouse, not through physical bookstores. “When we get an order,” Hunter explained to us in an interview last week, “we can ship it out the same day if it comes in before noon. So customers suddenly don’t have to sacrifice anything when they shop in a way that supports bookstores as opposed to Amazon.”

The rise in e-commerce is unavoidable, forecast to grow to 20 percent of retail sales by the end of this year. But investors were initially hesitant to get behind Hunter’s idea, which involves not only “taking a shot at the Death Star,” as he put it, but also channeling profits to local bookstores and operating as a benefit corporation. “Investors didn’t believe that was possible.”

Bookstore customers are a dedicated bunch. Yes, reading is good for you. And yes, local, independent bookstores provide a community-supporting infrastructure that websites like Amazon don’t even try to match. Those reasons alone are enough to convince a small percentage of consumers to go out of their way to avoid spending money on Amazon.

“But I’m not trying to present Bookshop as an inconvenient, good thing to do,” Hunter explained. “I want it to be a fun thing to do. Which is why we have all these incredible lists that everybody’s creating on the homepage. It’s fun to buy books from it. And just as easy as supporting Amazon.”

(Full disclosure: The House of Beautiful Business has its own affiliate page on Bookshop, where you can find books by all our speakers and contributors in one convenient place.) 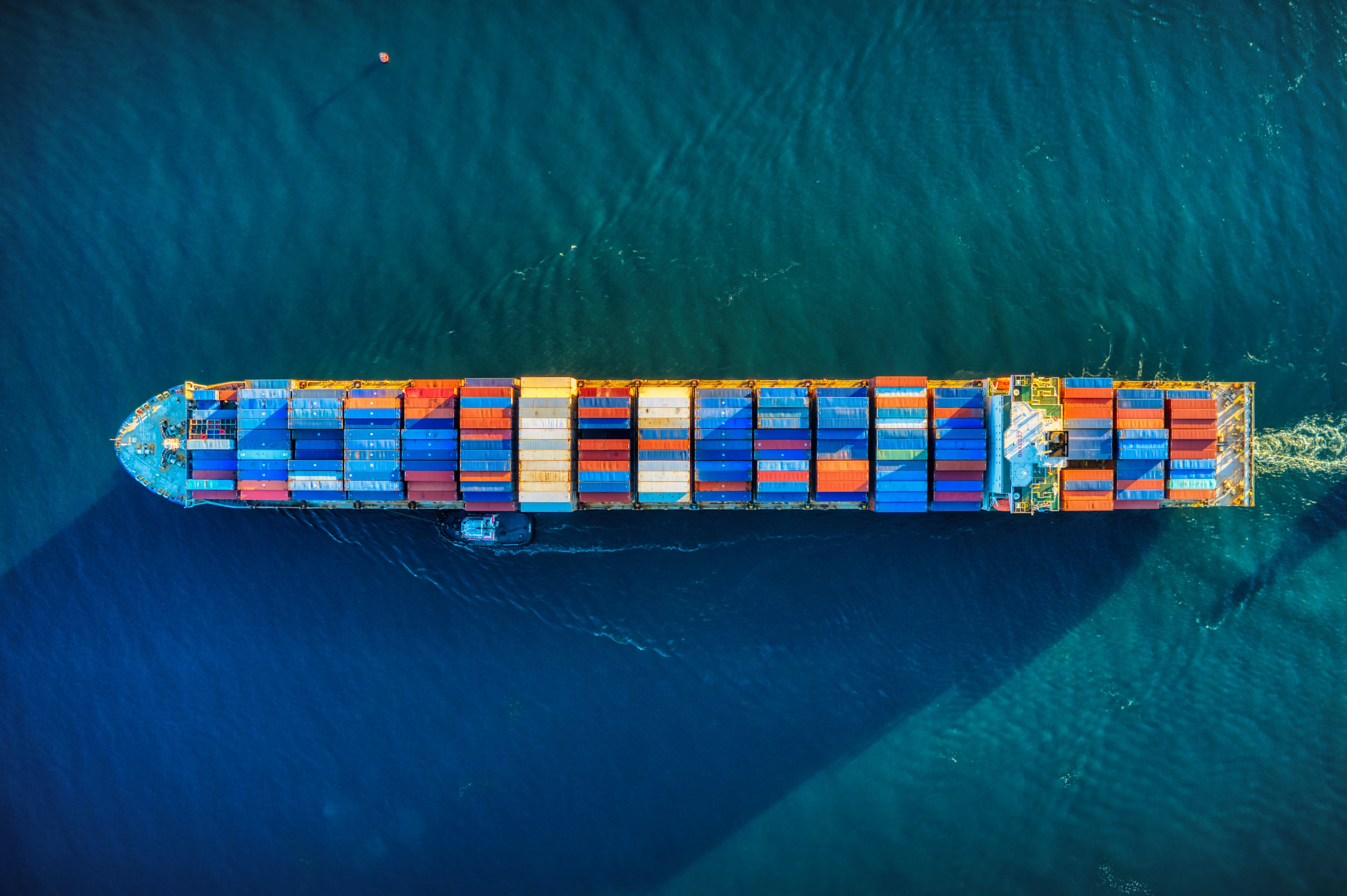 The London-born, Berlin-based artist Tino Sehgal was famous in the art world for his “objectless” dance performances that he forbade to be photographed or filmed. You either had to be there, in the museum or gallery, or the experience was not for you. Even collectors had to content themselves with buying art that was “fugitive, fleeting and incorporeal,” and strictly speaking had no material existence. In addition to insisting that his art remain ephemeral and mostly out of reach, Sehgal also notoriously refused to fly, or carry a mobile phone. To attend his openings and installations, he traveled by boat. “He refuses to add objects to a society that he says is overly encumbered with them,” the New York Times gushed.

Then—plot twist—in 2019 Sehgal boarded Instagram. “Now... I don’t need a gallery or museum to write obtuse press releases about my work anymore, I can just take selfies with rich people and everyone will know my work is reputable and important,” he told Dorian Batycka of Hyperallergic. “I want people in rural communities to take note of what I’ve done. It wasn’t easy pranking the art world into accepting chants and sing-alongs of ‘This is so contemporary’ as museum quality work.”

Whether he’s being sincere or mocking (of himself, of celebrity culture), his embrace of “free,” fast, and accessible after having built a career on rare, slow, and difficult, does raise an interesting question: Do we need to train more beautiful anti-convenience radicals to replace the ones we lose? If so, how might we do that? Photo by JJ Hall: In respect of the experience of art

The most inconvenient aspect of business: people

People are terribly inconvenient. They pride themselves on working a lot but are obscenely inefficient.

First, the financials: In most businesses, people costs are much higher than capital costs, and that’s true even if the company is not particularly people-intensive. Only 15 percent of employees worldwide are fully engaged, Gallup reports, and unengaged employees cost their organizations an estimated 34 percent of their annual salary. Humans also get injured. The total costs for businesses and society for an injured employee in 2019 was $171 billion, or $40,000 per worker on average. Then there’s the cost of burnout, which is estimated to be between $125 and $190 billion annually, with researchers claiming that workplace stress accounts for 8 percent of national spending on healthcare.

Add to that the cost of hiring and firing. The average cost of a bad hire is up to 30 percent of the employee’s first-year earnings, according to the U.S. Department of Labor, and one report puts the average cost as high as $240,000. The number of people considering leaving their jobs—or actually quitting—has been steadily rising during the pandemic (six in ten millennials—nearly half of the U.S. workforce—are open to new job opportunities). The average cost to replace a worker is more than 20 percent of their salary, and as many as 30 percent of new hires leave their jobs in the first 90 days. Training and onboarding a new employee costs $1,075 per employee.

Do the math—or ask a robot to do it for you: humans are expensive, and keeping them is a luxury.

There are other, more indirect costs due to qualitative issues with humans: They have emotions, ambitions, opinions, and independent will. They are self-centered; they gossip, argue, complain; they ask for more money and push for more power. They want recognition and gratitude. They prize your loyalty but are fickle with theirs. Broken promises and contracts litter the streets.

Most inconveniently still, they remain unpredictable, despite management’s best attempts to get them to behave. They make poor decisions and repeat their mistakes.

It is nearly impossible for humans to collaborate.

They speak about the merits of collaboration, shared purpose, a sense of mission, and states of “flow,” but the truth is that individual agendas remain too disparate. There is never true “alignment” among humans, even if they are “stakeholders.”

When they are young, they want to do it all and give it their all, and as they get older, they care more about their legacy than the urgency of the moment. They tell stories, all the time, to others and themselves, and most of these stories are unoriginal and many are outright lies.

And not even the wisest and most enraged among them can stop them from destroying the planet. And then they write books, make films, and paint paintings to make sense of it all.

Convenience in business will be optimal once humans are out of the equation.

Yes, our workplaces are no computers—but, boy, wouldn’t they be better if they were? No one would be left to please, to critique, to judge. Humans would no longer perform “bullshit jobs” that exist merely to give them something to do.

The U.S. cut around 40 million jobs at the peak of the pandemic, and some economists estimate that 42 percent of these jobs will never return. “This pandemic has created a very strong incentive to automate the work of human beings,” says the economist Daniel Susskind.

Good! In business and on Earth humans are the greatest externality.

In fact, all living species would be better off if governments were big data technocracies, if CEOs were AI-powered decision engines, if companies operated as Decentralized Autonomous Organizations run by smart contracts, if all physical work were done by robots, if more than 90 percent of work activities were automated, and if humans just stayed at home, content with receiving Universal Basic Income for their needs, and watched Netflix.

A world of convenience is a world of optimal performance—and one where humans are simply consumers, and occasionally tourists.

The most inconvenient aspect of business is: me.